You know the drill.

“I need to go to Target for toothpaste.”

If you plan on buying anything more substantial than toothpaste… $200.

Somehow the stars aligned yesterday for us. We were able to go to Target and dinner for under 100. 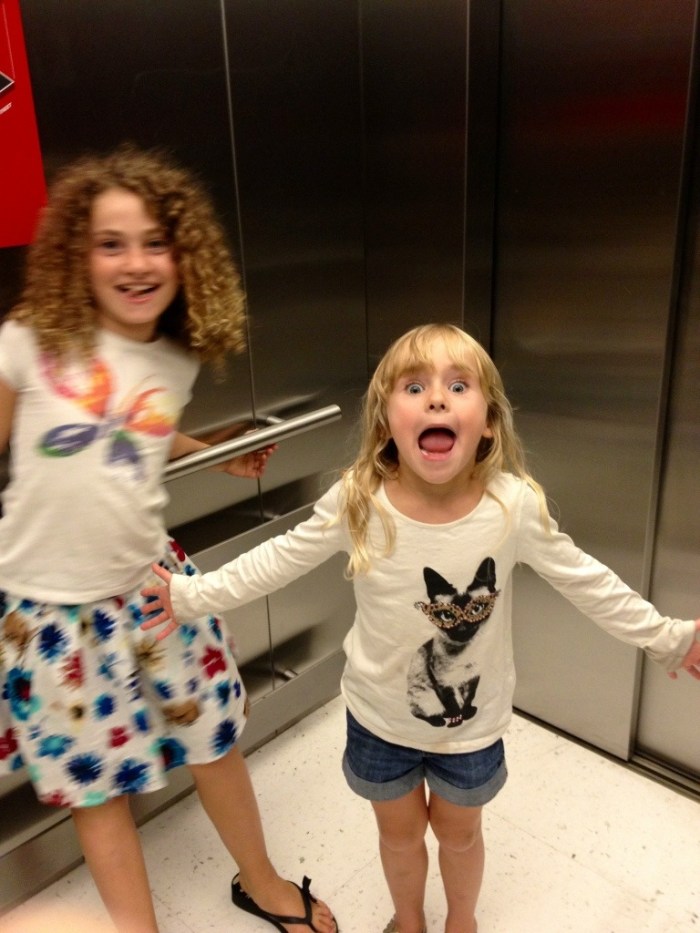 For some reason Ella arrived at Target saying over and over that she was in heaven. She knew she only had $10 to spend on something she wanted, but she was very excited. 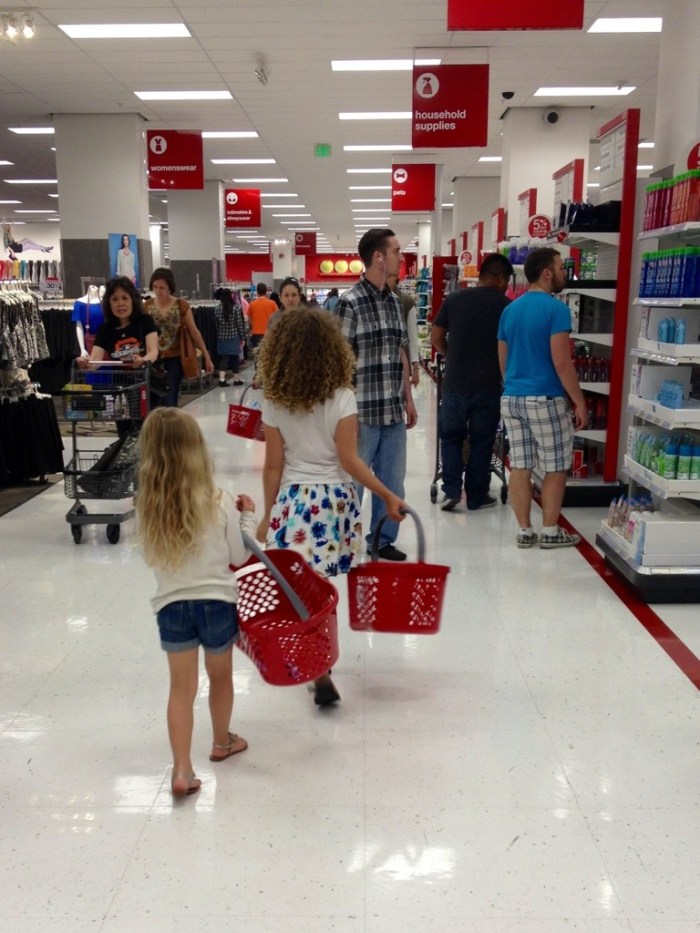 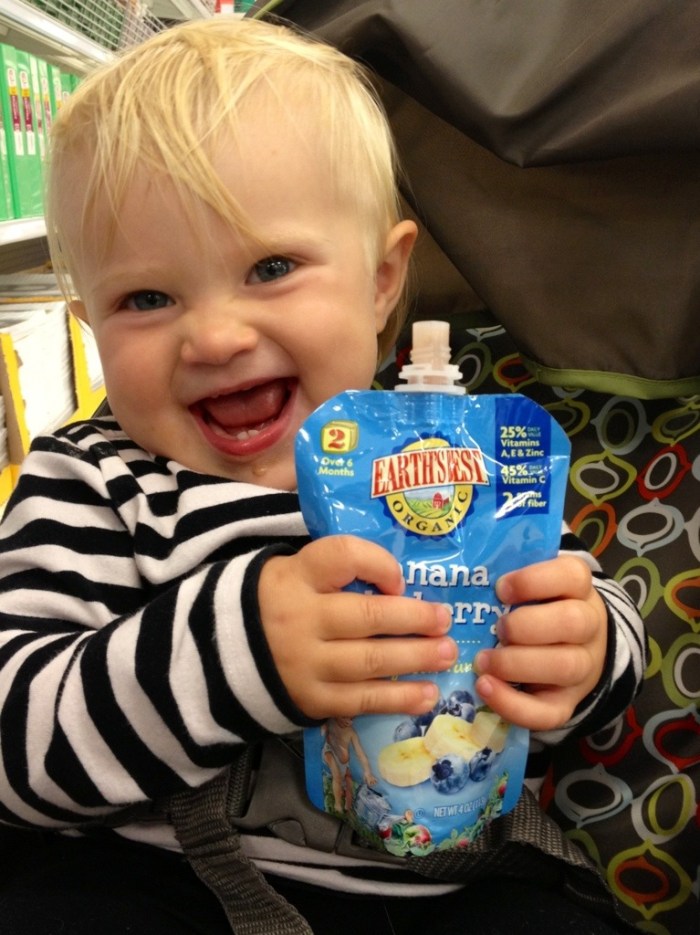 Phoebe went through two of these while in the store. They kept her from crawling out of her stroller. 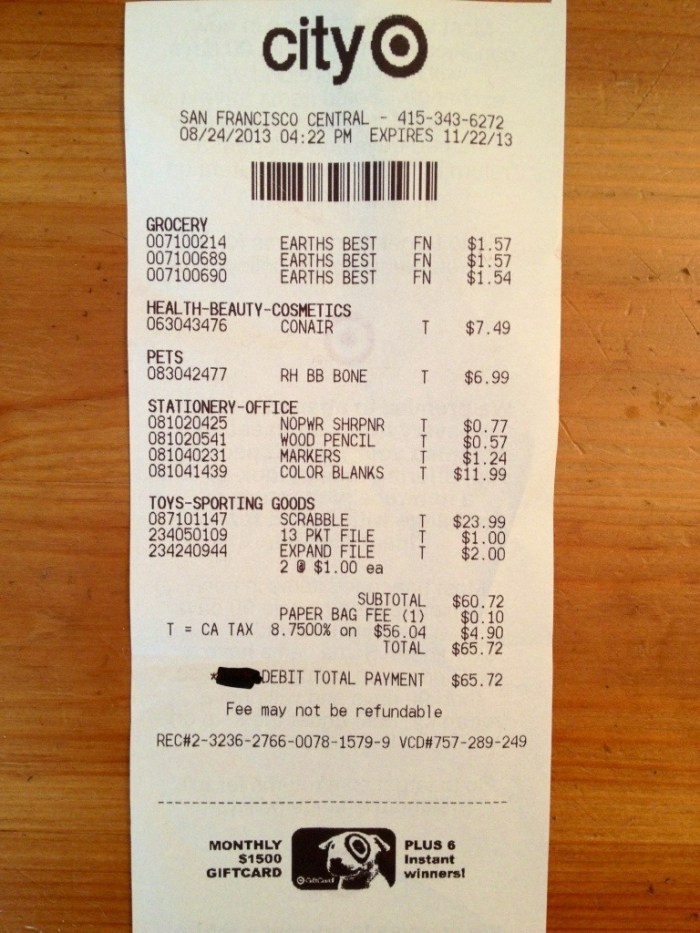 We did pretty well considering we only came here to buy a new hair brush. We got the brush, a chew bone, baby food, Ella’s $10 (12 dollar) toy, some school supplies and a new Scrabble game. (I am really excited to help Chloe with her spelling by playing Scrabble with her!)

Steve met us downtown and refreshingly did not ask me how much we spent. (This was either out of apathy or forgetfulness, or possibly a sense of trust that I would somehow keep it under control.)

We went to Super Duper for dinner. They are a great burger place that uses a lot of local and organic ingredients. 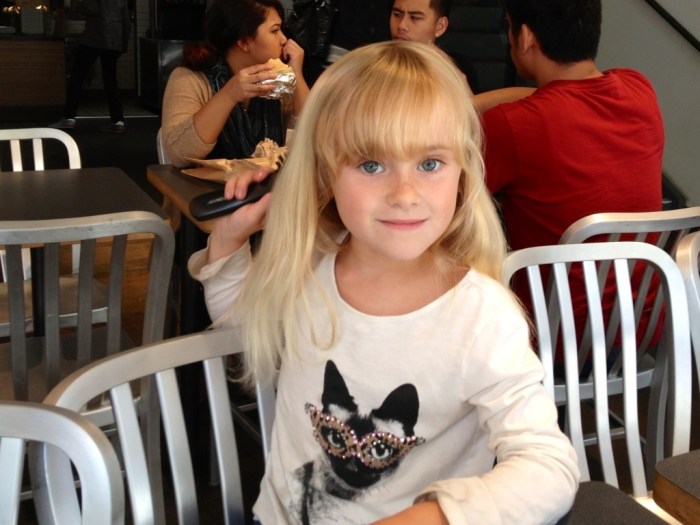 Brushing her hair at Super Duper. This likely violates some sort of health code, but since she only just recently allowed her hair to be brushed more than once every two weeks, I was not going to put a stop to it. 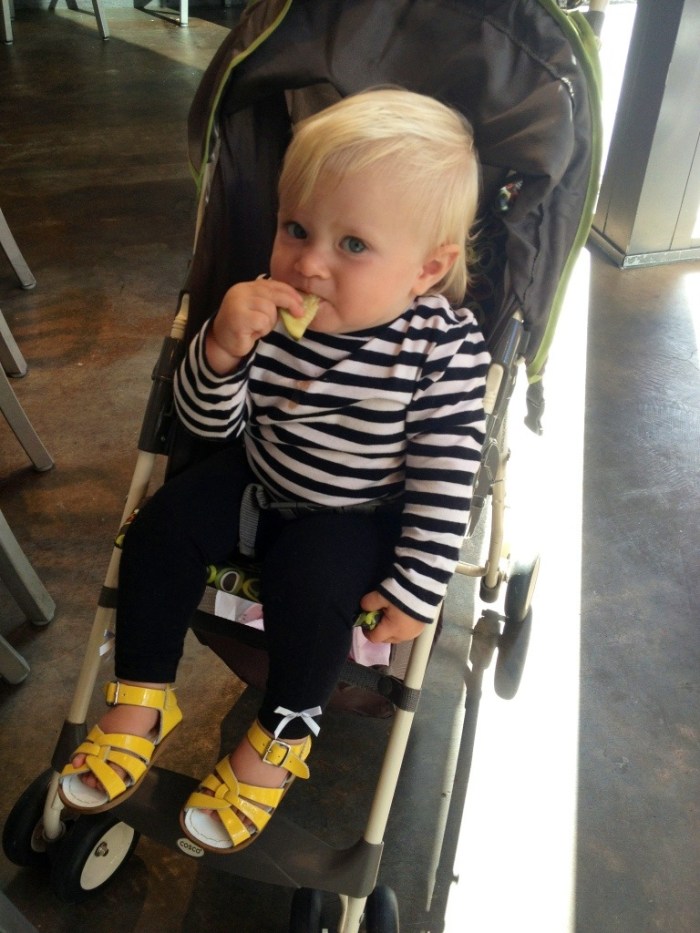 Phoebe loves pickles. They make their own and you can have as many as you want. 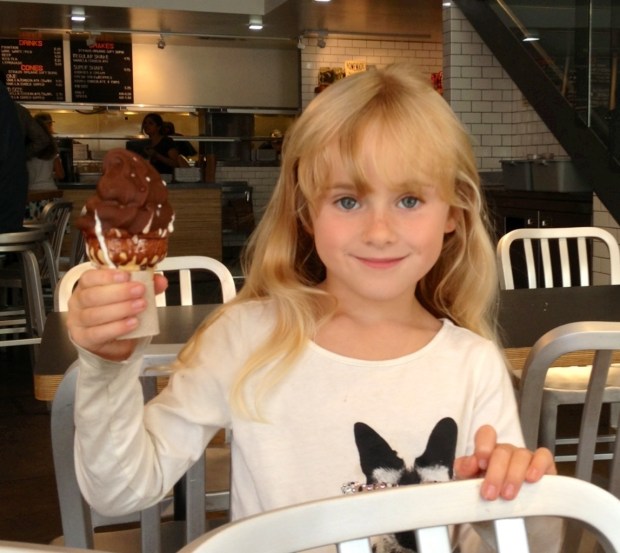 They make their cones out of local organic cream from Strauss Creamery. 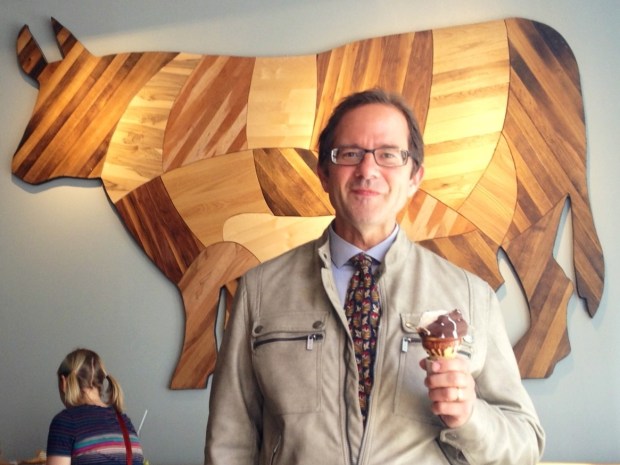 Because he didn’t ask how much I spent, Steve got his own ice cream too.