Arguing with a 6 year old about how she needs to stop watching YouTube how-to videos and get off her iPad at 11pm is not very pleasant.

The only rational argument she made is that the iPad is hers. This is true. She bought it with her own money she had been saving for some time. 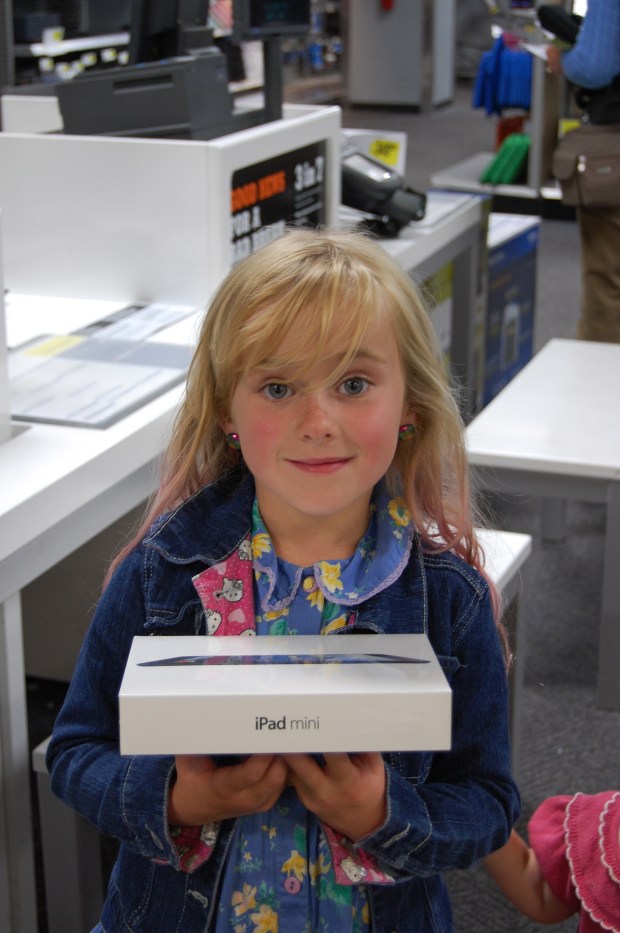 Curses. Why did I let her save for an iPad…. what was I thinking? But then again, I don’t believe in denying children things. Well maybe cocaine. I would deny them cocaine. Are iPads the same as cocaine? Maybe.

The morning after the wild late night fight over a little lit screen I reported to Ella that she had lost the use of the iPad for 7 days. This was met with some intense protest, but she settled into the idea by mid morning. In fact I had pretty much canceled all TV or any form of screen for 7 days.

The girls responded really well to this. They started helping around the house more, they slept better and overall the emotions were more of an even keel.

Ella worked extra hard during her boycott to earn 2 days off her sentence so got her iPad back this past Friday. Overall it hasn’t been too bad since she got it back and we haven’t had any arguments over it yet.

I guess if I was on top of things I would  put in really strict rules about only 30 minutes of screen time after their chores and homework are done. What happens for me is I get so caught up with handling the baby or making dinner or any of the other million things I have going on and before I know it it’s been 2 hours of either PlayDoh how-tos or Netflix.

How do you guys deal with screen time in your house? Are your children pretty grooved into the fact they have limited time? Do you not monitor it at all? What systems do you have in place? I need some help figuring out a good balance here.

This post was sponsored by McAfee. They have a new, inexpensive all inclusive package which protects several of your devices from all that bad stuff that the internet can bring (you know, viruses and identity theft)  as well as a system that monitors and restricts what websites can be accessed and limit the amount of internet time allowed. It will even back up all your content.

Readers get 50% off and you can go check it out HERE.

Despite this being a sponsored post (thanks McAfee!) all my opinions and the argument I had with Ella are unfortunately my own.