Can you think of the last excuse you used to sit on the couch instead of going for a run?

I can. It’s called Boardwalk Empire. I’m on season 2. It’s pretty good, I just close my eyes during the violent parts.

But what if your excuse to not run was that you lived in a retirement home, would need to fly across the country, train for 6 months, had just broken your back and, oh… you were 91 years old?

Barbara Maloy had all these excuses, (Except Boardwalk Empire, I don’t think she indulges in the series.) but did that stop her from completing the recent Bridge to Bridge 5K in San Francisco a few weeks ago? 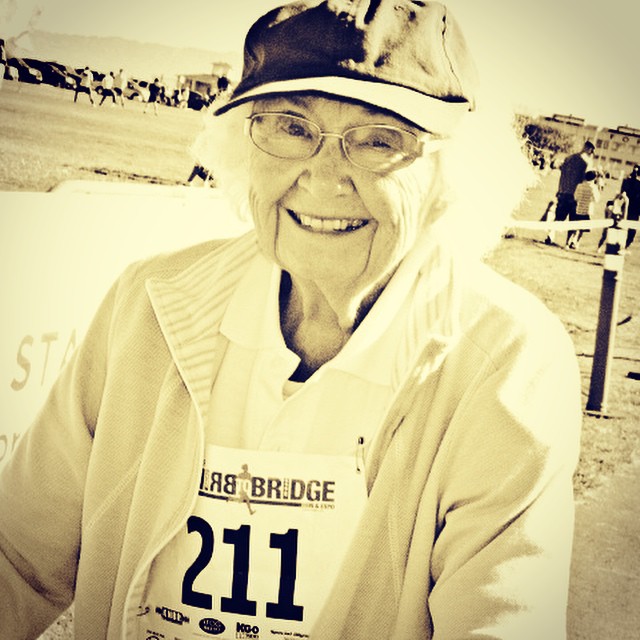 Nope. Not one bit. She completed the 5K with the support of her daughter, Marcy Maloy, and Granddaughter Alexandra. 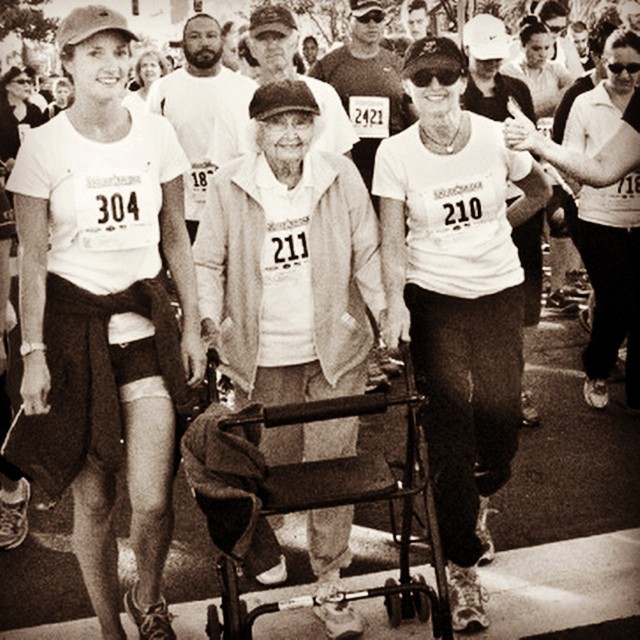 “I made up my mind that nothing would stop me! I trained for 6 months to do this race by walking 2 miles a day around the grounds of my retirement center. Last month I fell and broke 2 bones in my back, but I was determined to do it anyway. I asked if I could still do the race with a walker and I did it!” – Barbara Maloy, 91 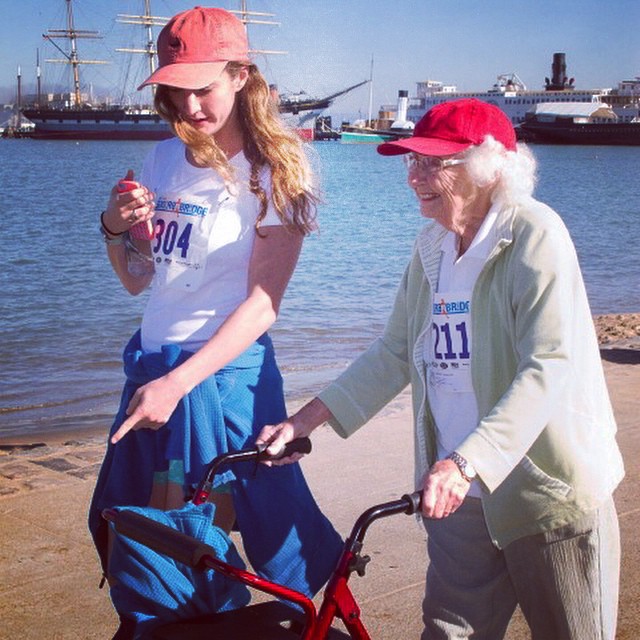 I don’t know about you, but this inspires me to get active. I love the idea of being 91 and still able to complete a 5K. I’ve known the Maloy family for some time and a key aspect of their family’s vitality is they stay very active. Barbara has been exercising daily for years. Her daughter Marcy performed the flying trapeze on her 60th birthday and then went on to compete in The Amazing Race TV series.

People who can inject life into living and overcome obstacles to achieving their goals make this human experience worth it. 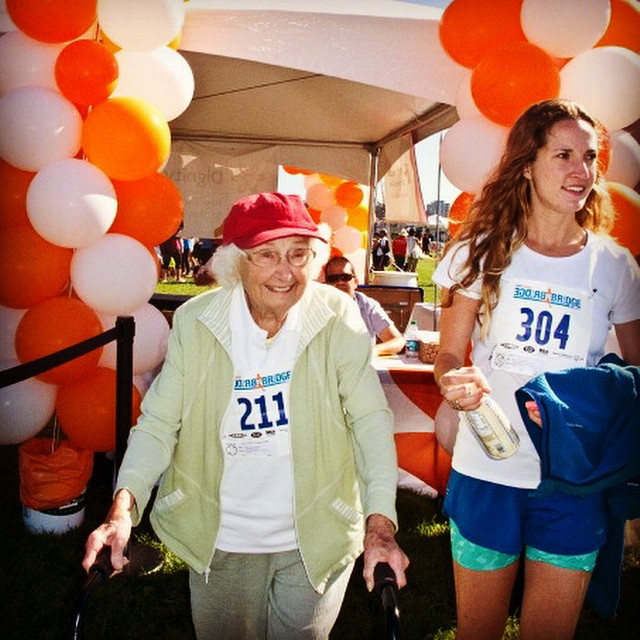 “If I can inspire others that makes me happy.”

Well Barbara, you have inspired me. Let me know the next race you will be doing so I can cheer and race along with you.

Please leave a comment letting Barbara know how her story may inspire you to accomplish something in your life.