I participated in an Influencer Activation Program on behalf of Influence-Central for American Express. I received a thank you item for my participation.  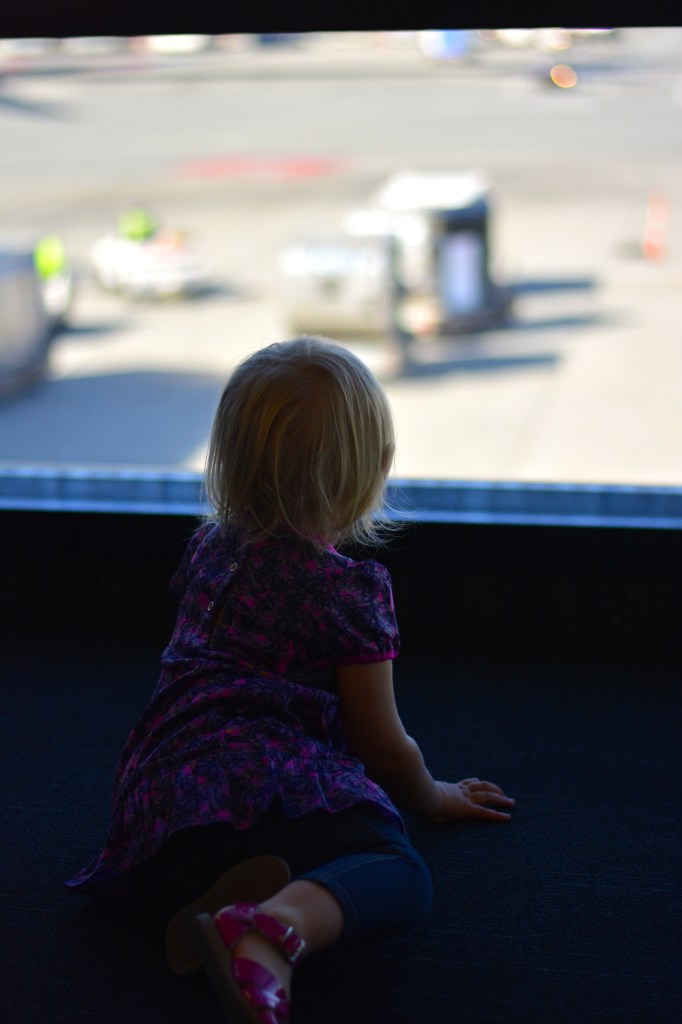 There are two things I seek to avoid in life because they are tedious, uncomfortable and incredibly boring. The first is spending excessive time at the airport eating too much  unhealthy food while my behind gets sore from sitting or my nerves give out from handling kids. My childhood awe of planes has long worn off. The second is doing what is called “background” or “extra work” on movie sets. Similar to waiting at the airport for your delayed flight, being an extra can be tedious, mind-numbing work that goes on for hours.

Could you imagine if you had to do extra work at the airport? That would pretty much take the cake on the world’s most tedious day.

Well it turns out there are two exceptions to my efforts of avoidance. I will spend time at the airport or do extra work there only if American Express or Clint Eastwood invite me.

A few years ago Clint Eastwood was shooting a film in the Bay Area called Hereafter with Matt Damon. The crew put a call out to do background work and I jumped at the opportunity. To spend time on Mr. Eastwood’s set was just something not to be passed up. I ended up being shot right next to the camera crew and was Matt Damon’s cue to come into the scene after I began walking. Um… it was awesome. Clint Eastwood ran a fast and efficient day, was incredibly gracious and even ate his meal with the crew and extras. He was also really (like, really-really) handsome.

My second exception is if American Express invites me to spend time at the airport.

What do you think of when you imagine American Express? For some, debt.. but for me they represent opportunity, perks, service, pride and luxury. My family have long been American Express clients and have continually benefitted from their many rewards programs.

Recently American Express answered the demand of their preferred users to build the Centurion Lounge at San Francisco Airport. While flying there are often few options to relax, work or unwind especially if you are traveling with kids. The new Centurion Lounge fills that void with an expansive restaurant, bar, work area, showers, lounge and even a kid’s playroom with toys, a large flat screen and Xbox.

I had the honor of attending a preview day with Phoebe. 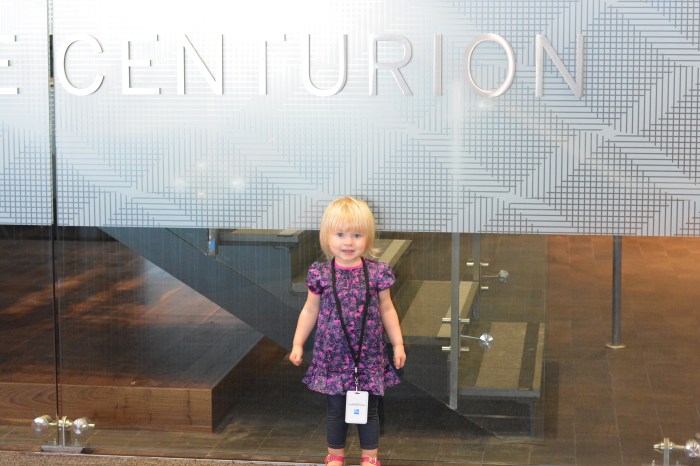 American Express really rolled out the red carpet for her along with a private car service to the airport, a Centurion Lounge sippy cup, face painting, balloons and a magic show. She really had a great time checking out the space, eating the yummy food, and enjoying the kids lounge. She loved her time at the airport watching the planes come and go. 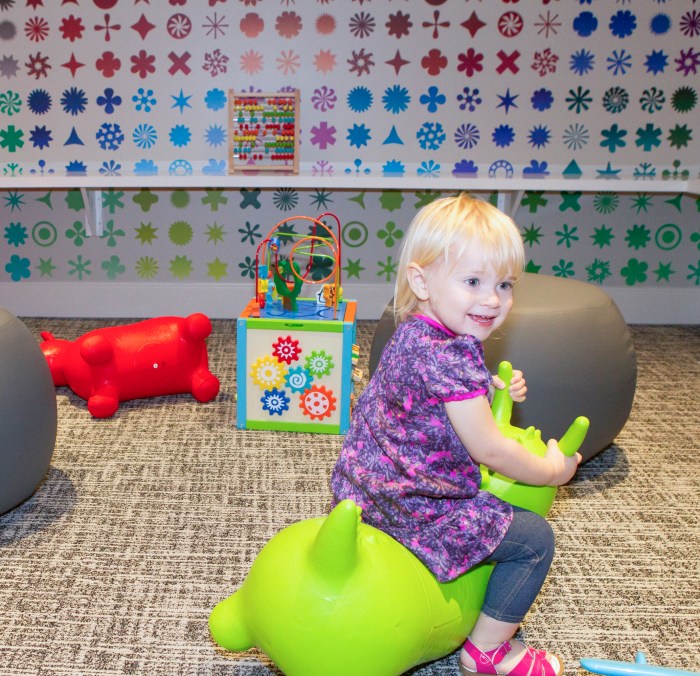 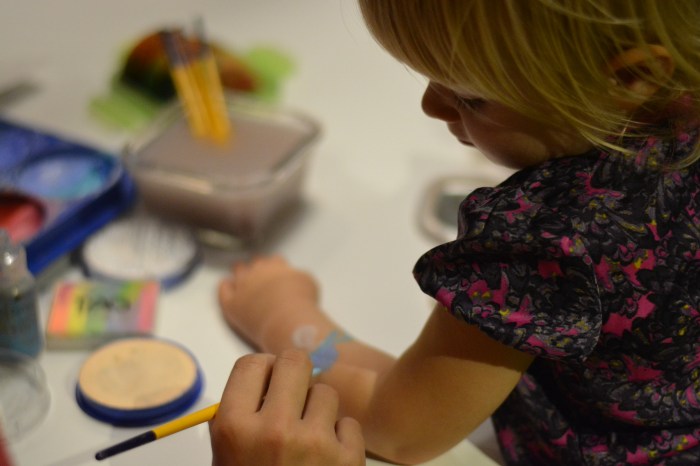 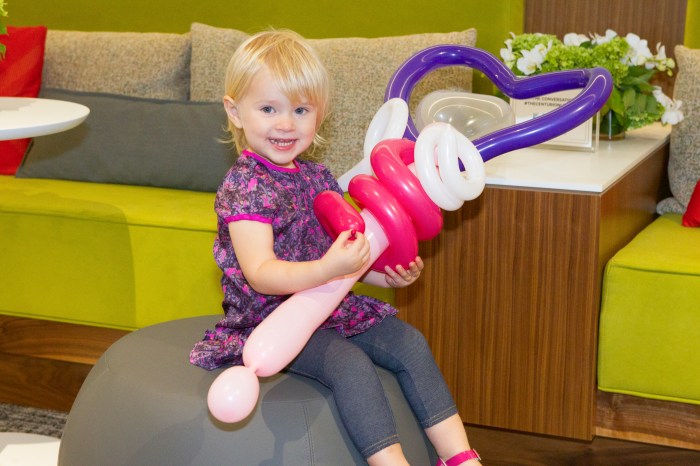 I was blown away by the lounge and cannot wait to go back and actually use it the next time I travel with my family. While we ate the brunch, which was super yum, I think the lounge really shines for lunch and dinner. The chef is Christopher Kostow the renowned Napa chef at Meadowood. 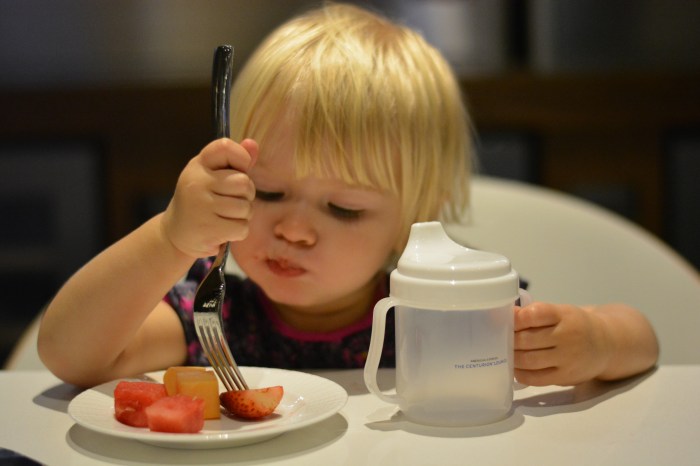 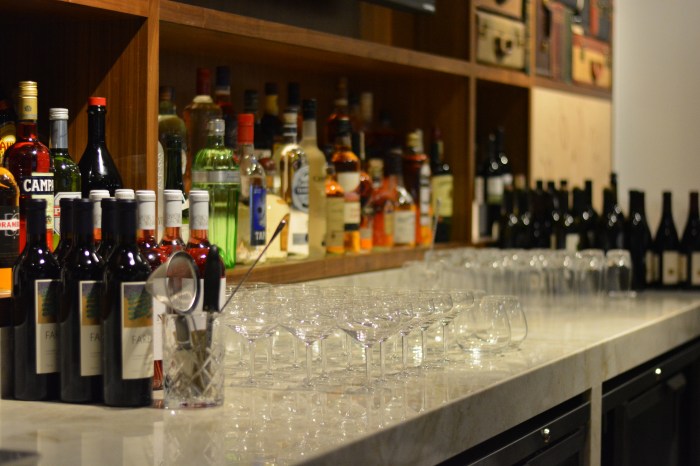 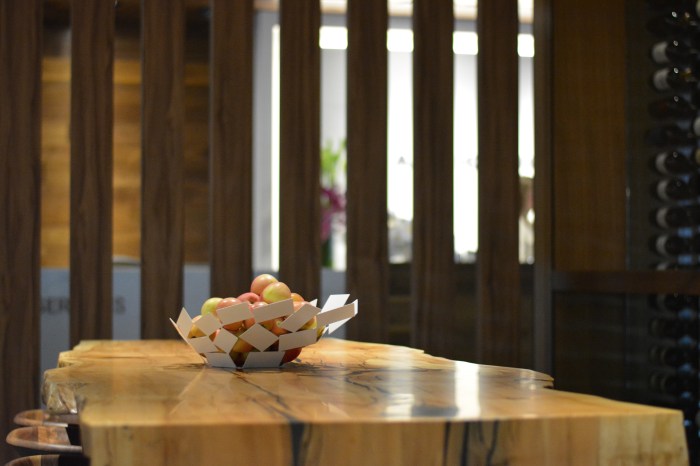 I want this table! 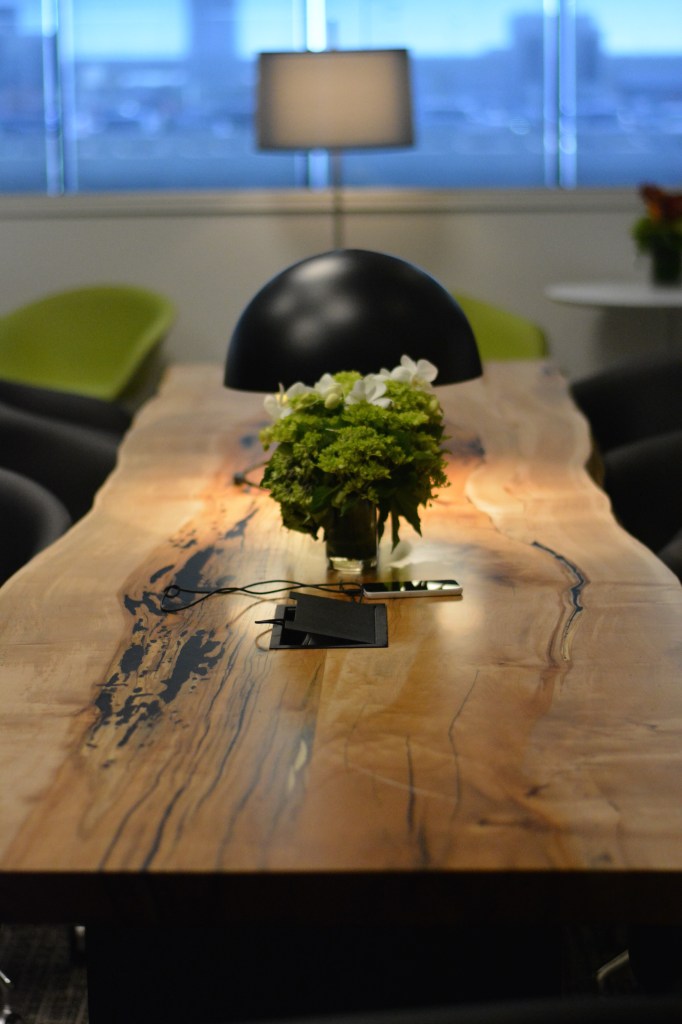 So I wonder if there are any other juicy details I can tell you about Clint or Amex… nope. Both experiences were pleasant and I have never had more fun at the airport. If only that could happen every time I go. 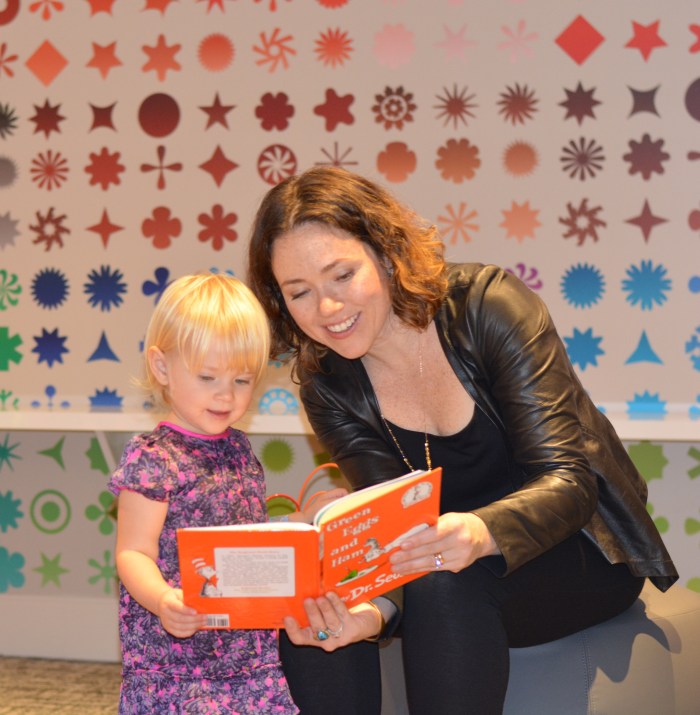