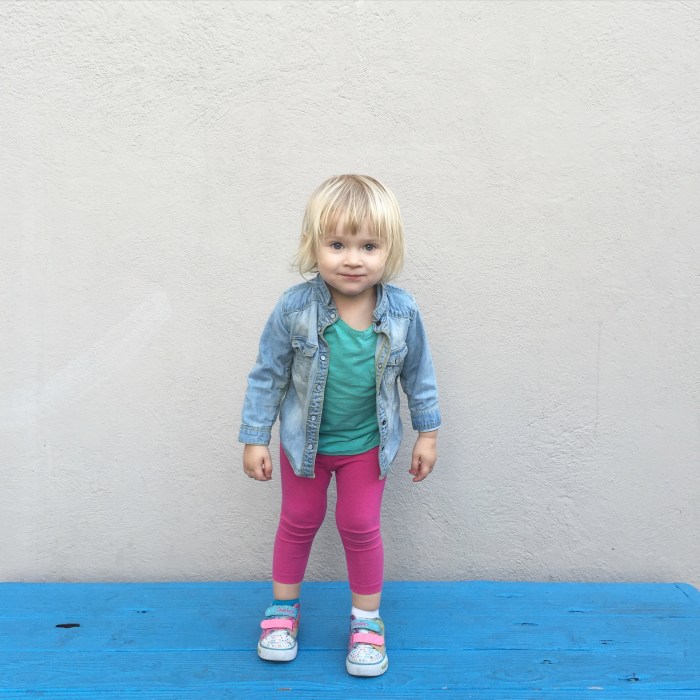 I have been running this Blog since Phoebe was two months old. I also had just signed up for Instagram 5 days before she was born. I so wish I had blogged since Chloe, my first child was born, but I think how it turned out was all meant to be.

I was scanning Instagram the other day and I realized I had been following a friend of mine on social media since before she was married. She now has three kids! I felt so lucky to have had the opportunity to follow her journey into motherhood from so many thousands of miles away. So much better than a once a year holiday card.

If you have been following my Instagram or this blog since the beginning, you have seen Phoebe (and the rest of the girls) grow up! That’s pretty neat.

I thought I would share a few things Phoebe has been saying lately. I love her grammar right now. It’s toddler perfection.

“That man took Daddy’s food!” – After the server took his plate.

“I watch Curious George on couch with maci.” - pacifier

“I love you more.” – That one just makes my heart explode.

“Come sit on the couch with me.”

“I want the whole jar of peanut butter.” – I’ve caved twice so far and she eats it out of the jar with a spoon like she’s 9 months pregnant.

“Dr. Seuss is in the bath!” – Referring to her alligator pull-toy.

“I wanna go to Target!” – Yup, she too has been cursed by the big red bullseye.

What cute things do you remember your kid saying?