Sarah James who has gorgeous long chestnut hair has been kicking around the idea of a pixie cut. At first I emphatically commented on her blog “No! You will cry. Anne Hathaway cried when she cut her hair.”

Then I read this from Leandra where she boldly declares the fashion trend of 2013 to not be a certain cut, a certain style, but BRAVERY.

I changed my mind about Sarah’s cut. She should go for it. She has killer cheek bones. It will look awesome.

Bravery in fashion can mean very different things for different folks. For the Connecticut-bred PTA mom at my kid’s school, bravery may mean a bright lip stain. For some other hipster moms I know this may mean rocking the combat boots at the office Christmas party.

It could be considered a little petty to file appearance under such a large heading as bravery. I do not believe this is the case at all.

“Her battle was heroic”

This is what the oncologist said to me the morning we learned the leukemia had traveled to my mother’s spinal cord and brain and that there was now nothing that could be done. She departed her body that afternoon in front of me.

My mother’s hair had just grown into a cute pixie from her earlier battle with breast cancer the year before when she developed a very aggressive form of leukemia. It had been caused by the chemo she underwent to kill the breast cancer.

What was one of the first things she was upset about? Losing her hair again.

I didn’t understand this then. I do now.

When faced with the most horrific of challenges and facing it with unbelievable courage and grace, isn’t one allowed to indulge in some petty worries?

My mom’s hair was her thing. It was red, it was long, it was gorgeous. For her losing it was a big deal.

When her hair started to fall out for the second time she had me shave her head. She couldn’t go through seeing it on her pillow. She sat there as I used scissors to get as close to the scalp as possible.

We spent 6 weeks together in the hospital. Bravery pretty much sums up what she went through.

So yes, appearances at times can be at the forefront of our thoughts despite the challenges we face in life. It does not mean we are petty or vain.

So Sarah, cut that pixie and donate that gorgeous hair to someone who needs the security blanket that hair provides so they can face their days to come.

And people let’s just go for it. Live life, help others, and dare to do those things that make you feel alive even if it’s just a hot pink nail polish. 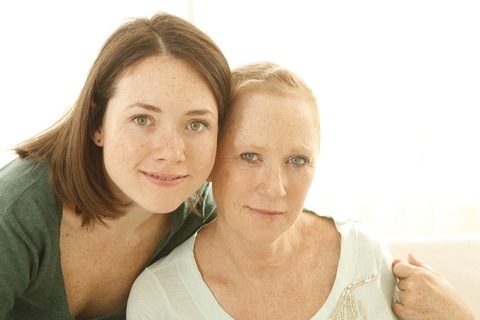