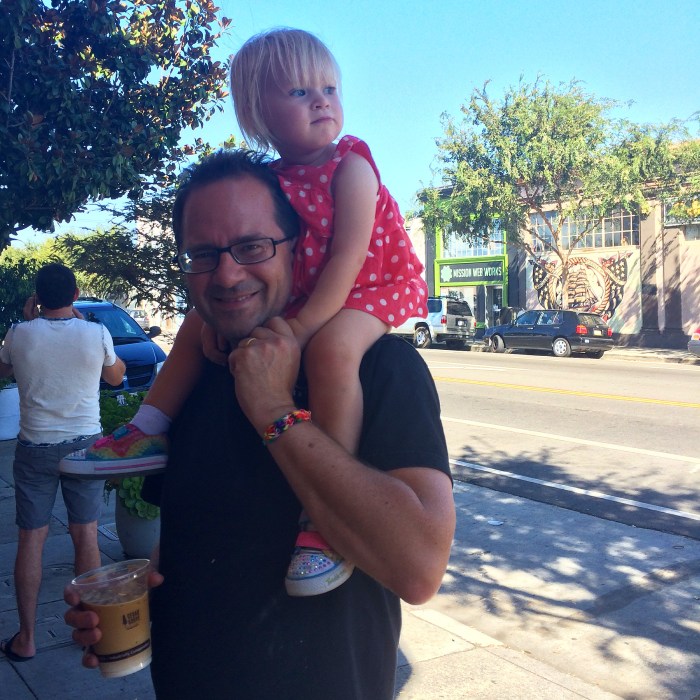 This past weekend I attended a conference for dad bloggers called Dad 2.0 Summit. When I say “dad bloggers” however, it doesn’t really represent who I was with and their caliber.

These were men and a handful of women who are leaders in their field of new media. These were social media strategists, magazine editors, PR executives, policy makers, brand representatives, human rights advocates, entertainers and most importantly parents who believe that they can change the world.

Changing the world can be a big eye-roll inducing statement. It’s an idea that is relegated to the naive and inexperienced youth who haven’t yet been hit with the realities of modern society.

Every so often you meet grown people who haven’t lost the idea that change is possible and still believe that hope for the future is a worthwhile dream. Their actions may not be a full-on attack of the forces of evil that plague society, but they hold onto the hope that even the smallest actions can bring about good.

Meeting these men and hearing their stories was inspiring for me. They each had their own path, but among them was a common thread.

They want to be good fathers. They believe that by being a good father and ensuring fathers are properly represented and supported, the future generations will have a chance at success.

There is my friend Brent who overcame the odds to marry his true love. Now he and his husband have a beautiful young boy who receives Super Lunch Notes daily. Brent is a good father.

There is my friend Beau who wanted to connect with his daughter so he made her character lunches. They ended up going viral on-line, but if you ask him, the only reason he did it was for his daughter. Beau is a good father.

An I Love Paris #bento lunch for my daughter today! She is addicted to all things French so I thought this would be a fun one. From the colors of the French Flag to cheese I tried to make everything French themed. See how to make it for your kids on my blog at www.lunchboxdad.com or here: http://bit.ly/LBDParis @easylunchboxes #parenting #recipes #schoollunchideas #paris #frenchfood

There’s this guy Charlie who like me lost a parent to cancer. Because of this he keeps a diary of things he wants his boys to know. Charlie is a good father.

I didn’t make it a “thing” last week, but nine years ago my dad passed away. When someone dies, boys, certain things fade away and other aspects of them feel like an impressionist painting. He would’ve hugged and kissed you guys until you couldn’t stand it. And now you know where I get it from…

Then there’s my friend David who just released a book that is telling parents what I repeat to myself daily. Calm the F*uck Down. It’s pretty easy for him to say that though when his kids look like this.

These beautiful boys went to bed last night as 5-year-olds and work up today a year older. Happy birthday, Boone and Wyatt. It’s been a pleasure growing up with you these past 6 years. A can’t wait to see what happens next.

Doug’s marriage didn’t work out and that’s too bad, but does that stop him from having a caring co-parenting experience with his children’s mother? No. Doug is a good father.

Wishing you lots of happy, year-end mayhem, from the Three French Men.

I met Creed who takes time to teach drama to kids along with everything else he is doing support his family. Creed is a good dad. 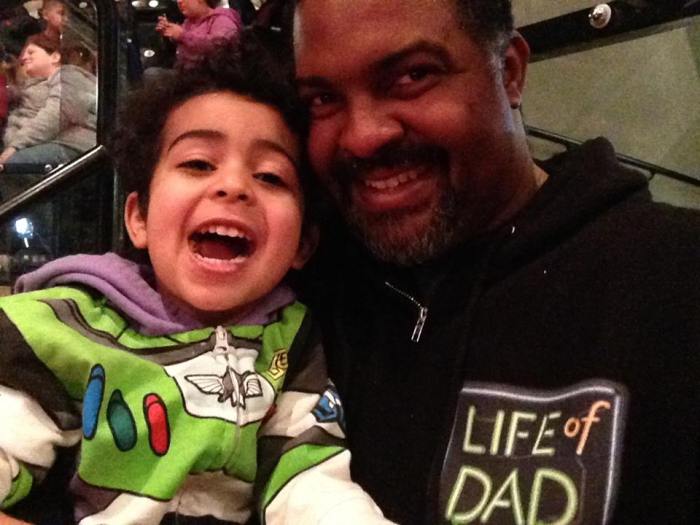 I met Doyin who gave up corporate America to be able to devote time to his family and in the process inspired thousands of men to interact with their children. Doyin is a good father.

The list of good fathers I had the honor of meeting could go on for blog post after blog post, but what I learned from these men is that the bottom line is caring about your family. I was reminded it’s also important to care about what goes on in the world. I learned that it’s ok to be confident about myself and what I stand for. I saw that from that springboard of certainty can come creative endeavors that can strengthen myself, my family and the world.

It was a joy to spend time with these men and women this past weekend and to be inspired by their words and actions. Thank you Dad 2.0 Summit for giving me the opportunity to do so.