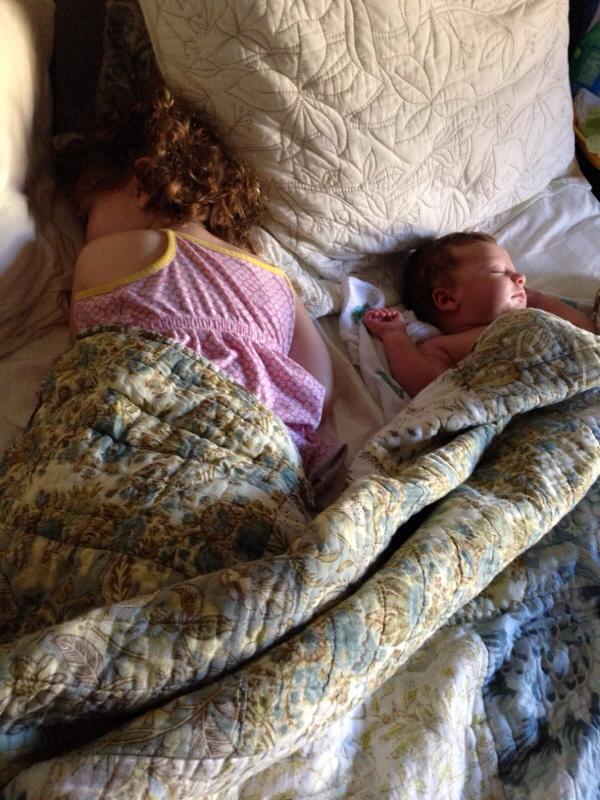 My friend posted this picture on Facebook and I am totally jealous of it. 10 minutes. That’s about the total amount I remember my two older girls sleeping during nap time at the same time. Sure, they would sleep in the afternoons, kind of… in reality I hardly remember them sleeping at night or during the day, but both of them napping at the same time in the afternoon was an incredibly rare occasion. Chloe and Ella were allergic to sleep.

Now that they are older it’s not so much of an issue. Phoebe, who is 2 ½, now goes down for good 2 hour naps.

When I am home with the girls, those 2 hour stretches are like my golden minutes to be used extremely wisely. It’s the period when I can usually work uninterrupted, help the older kids or just sit. I guess we could call it the “sanity hour”. The baby sleeps and wakes up happy and the rest of the family recharges for the next round in the game called life.

When I think back to what it was like when I had a toddler and a newborn, the memories are a little hazy. That period was a combination of happiness and overwhelm. A toddler and a newborn are like a red-eye flight that is going to take about 4 years until the pilot finally alerts you to the fact you have reached your destination. It’s not all bad, your flight companions give you lots of snuggles and joy along the way and you kind of sleep a little, but when you finally land and de-plane from the toddler years, life settles out a bit.

Phoebe is not so much a red-eye, but she’s definitely a cross-country journey and the gas station of motherhood happens when she sleeps.

A friend of mine recently had her second child. Her oldest is 3 and just as engaging and active (maybe even a little more) as Chloe was. I have been enjoying seeing her posts on social media about the transition to two kids and what it’s been like for her because I’ve so been there. 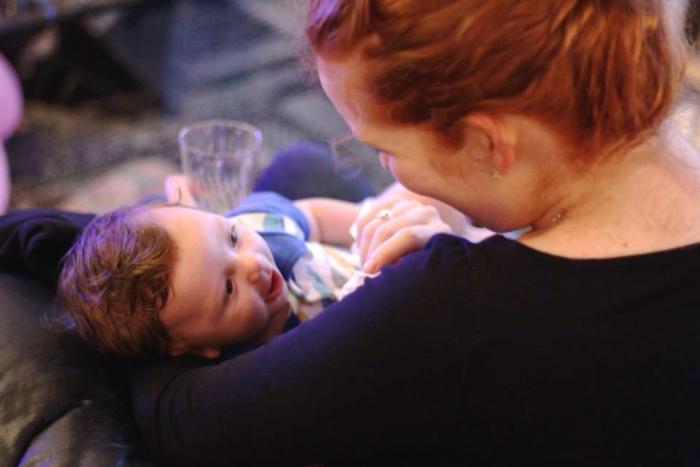 She had a moment the other day when both her kids were asleep at the same time. She had gotten her older daughter down to sleep and decided to film what happened during that very special moment when both kids were out. It was about 30 minutes and this is how she used her “power nap”.

How do you use those golden minutes when your kids sleep in the afternoon?